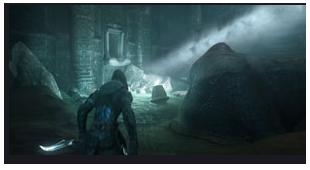 Intel’s sure in the gaming mood this week. Then again, that shouldn’t be a surprise to anyone who’s been following the events unfolding at the Game Developer Conference this week in San Francisco. On Tuesday, the news broke about the creation of the new Gaming Alliance between Intel, Microsoft, Dell, Acer, Nvidia, Razer and Epic Games.

On Wednesday, Havok, the premier provider of interactive software and services to digital creators in the games and movie industries, announced that the company would offer the PC version of its award-winning physics and animation software product – Havok Complete – for download free of charge. According to Havok’s official press release, the download will be made available sometime in May.

Yet the biggest buzz coming out of the conference today is that that Intel has acquired Project Software, the creator of the yet released next generation first shooter fantasy video game called Project Offset.

According to Sam McGrath, Technical Director of Offset Software, "Today we have some major news to announce. Intel has acquired Offset Software. Yes, you read it correctly! Project Offset is going strong and we are excited about things to come. Stay tuned."

According to Offset Software’s own website, the company started with just 3 people: Sam McGrath, Travis Stringer and Trevor Stringer. Initially working out of an apartment and completely self-funded, the engine and all art was created with a tiny budget -- just enough to purchase the software and hardware needed for development. The budget was small but the goal was big: to create a next generation First Person Shooter set in a fantasy world (codenamed "Project Offset"), and a powerful game engine to run it.

After a year and a half of programming work by Sam McGrath on the game engine, and with the amazing artistic skills of Travis and Trevor Stringer, the three released the two "Sneak Peek" videos, showing off the technology and world behind Project Offset. The videos took the gaming industry by storm, showing that high quality, next generation technology, graphics, and gameplay rivaling that of the biggest game studios, could still be created by a small team.

You could check out one of their cool trailers here and another one here. In fact you’ll notice that a number of others are available on the links to GameTrailers.com noted above.

Update: Offset Project still appears to be alive - though it's not very clear what their mission is. Let's hope that their game gets off the ground when Larrabee kicks off in 2010 sometime. While you wait, why not download one of four Wallpapers or check out a few videos.