Apple’s 2004 developer conference welcomed attendees with signs stating "Redmond, we have a problem" and "Redmond, start your photocopiers." Well, Apple called it right again as it appears that Redmond is about to copy Apple’s Cover Flow concept for data. Microsoft has applied for a patent covering a similar concept involving stacking data wheels. Microsoft’s primary market focus for this concept is the mobile space: cell phones, their Zune MP3 player, PDA’s and so forth. Yet I wouldn’t count out a version for their "Live" interface that’s a part of their Xbox 360. Their wheels UI feature is noted as being a part of the Windows Live mobile UI and will be integrated to work with common mobile applications such mail, calendar, contact lists, instant messaging, note taking, multimedia messaging, web search and other applications including web widgets.

Microsoft’s patent FIG. 2 is a block diagram that illustrates select components of an exemplary mobile device: a mobile phone. 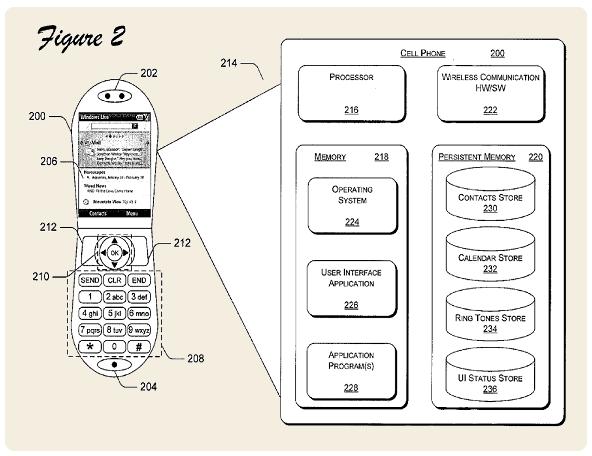 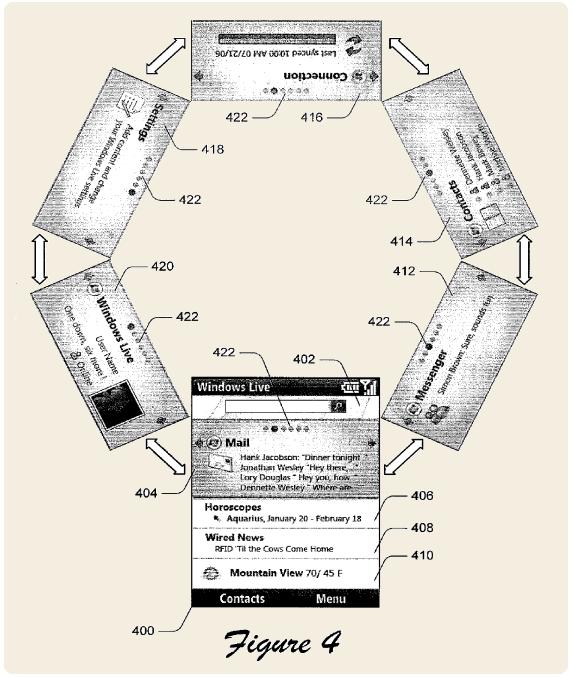 Microsoft’s patent FIG. 8 (shown below) is noted as illustrating "an exemplary implementation of a mobile-device user interface in which data modules arranged in a fall screen web-page are mapped to a wheel-based mobile device user interface. "Data modules", as described herein may also be referred to as "data tiles", "containers", or any other terminology that describes a distinct, bounded, area containing a particular type of data. Examples of web sites that utilize data modules include personal web pages like those available through Windows Live Spaces (www.spaces.live.com) and MySpace (www.myspace.com), and portals that can be personalized such as Google." 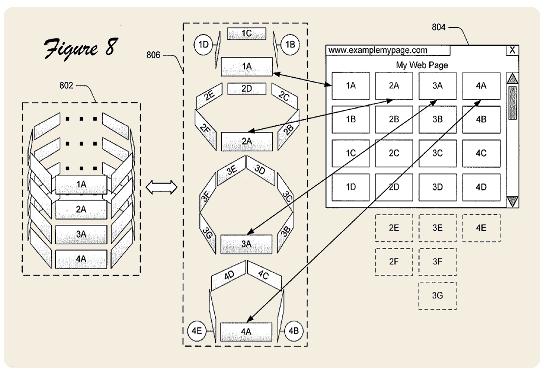 Microsoft’s patent FIG. 11 (below) is a flow diagram that illustrates an exemplary method for implementing a mobile device user interface. 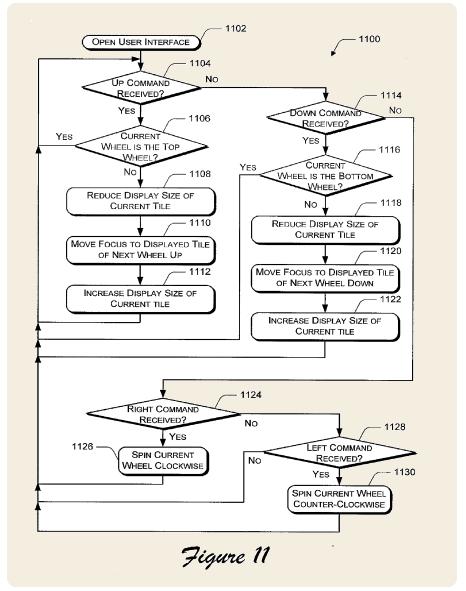